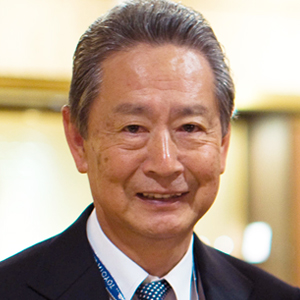 Nobuyuki Idei is the former Chairman and Group Chief Executive Officer of Sony Corporation from 2000 to 2005. He is currently on the board of directors at Baidu, FreeBit Co., Ltd. and Lenovo.
He retired from the board of Accenture in 2015.

Mr. Idei is founder and CEO of Quantum Leaps Corporation (founded in 2006), a specialist consultancy that advises private and public institutions on the changing role of technology in the 21st century.

He has served on the boards of General Motors, Yoshimoto Kogyo and Nestle and has also served in a number of other advisory positions including as counsellor to the Bank of Japan, member of Japan’s national IT Strategy Council, and as vice chairman of Nippon Keidanren.

In 1998 he was awarded the Officier dans l'ordre national de la Légion d'honneur from the president of the French Republic and Fortune magazine named him Asia's Man of the Year for 1997.

Mr. Idei received a Bachelor of Science degree in economics and politics from Waseda University in Tokyo.