CEO and Co-founder of Naluri

As someone who has built and continues to build businesses and lead teams from start-up to IPO, Azran passionately believes that organisations and corporations can deploy similar structures, focus and creativity that single-minded entrepreneurs have used to create break-through business models and innovative products and services.

Azran is currently the founder of Naluri Hidup, a digital health technology company providing a cost-effective, accessible digital solution to provide mental health and wellness support. He is active in the internet technology space as a co-founder and investor to iflix, MoneyMatch, Cognifyx, and YellowPorter. He was previously CEO of iflix in Malaysia and its Group COO – a disruptive internet television video-on-demand service that was launched in 2015, and now operates across over 30 markets across Asia, Middle East and Africa.

Prior to that, Azran was the founding CEO of AirAsia X, the world’s pioneer low-cost longhaul airline. He led the start-up team that developed the business plan, raised capital, secured relevant licenses, and launched AirAsia X’s first flight in November 2007. AirAsia X since expanded from one aircraft to 26, employing over 2,500 staff, and approximately US$1 billion in annual revenue in 2014.

In addition to his leadership roles, Azran was formerly a management consultant to McKinsey & Company and Booz Allen & Hamilton, and a Stanford University alumnus. He is an Ironman triathlete and loves adventure travel.

Build a culture of curiosity and risk-taking by removing the fear of failure in your organization and prioritizing agility over caution.

Trust and connection are critical for leadership in times of crisis and uncertainty. Azran will touch on how a digital lifestyle and simultaneous multi-tasking exacerbates mental fatigue and distress and how to create psychological safety in remote teams.

Understand the prevalence of Depression, Anxiety and Stress among employees, the signs and symptoms to look out for, and the age demographic factor – why younger employees are 2-3x more likely to experience mental distress.

Applying the Trust Equation and encouraging Courageous Conversations to address energy-draining potential team conflicts and the C.A.R.E. framework of how to support colleagues and team members who may be overwhelmed with depression, anxiety and stress. Build positive mental health and resilience as individuals and as a team.

Using his personal experiences as a CEO and a competitive endurance athlete, Azran shares principles and techniques on how to build a speed and endurance mindset: grit, tenacity and focus – to increase energy-levels and mental stamina for corporate executives to outlast their competitors and achieve breakthrough performance.

Azran Osman Rani on "Speed and Nimbleness in Small Companies" The Sprint and Marathon of Achieving Breakthrough Performance

Unexpected factors can cause a business or project plan to be tossed out the window in the blink of an eye. If you are a Board member, a CEO, a top or mid-level executive, a startup entrepreneur or just a person with a big dream, what do you do when your plans go awry? How can you make a difference in what you do? Why is a different approach vital to success in this fast, ever-changing, volatile world? How can you stay on course to achieve your long-term vision? Azran Osman-Rani on transcending the mental trials of the Ironman 70.3 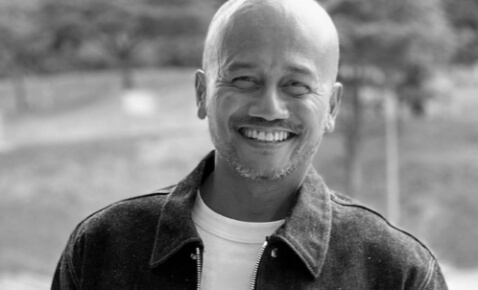 These CEOs are Paving the Road to Wellness with Tech

“Very engaging and inspiring stories demonstrating agility amidst resilience. Admire his energy and courage for flying into unchartered territories. Have been a beneficiary of your walking the talk and crisis management skills, a pleasant surprise that a CEO would reply to a random email from a unbeknown customer, a very rare occurrence in this part of the world. Thank you Azran and team for bringing this on. Wish the session is longer, will definitely be re-watching this to sink in those ideas further.”