Jason Lai is the Principal Conductor at the Yong Siew Toh Conservatory, and former Associate Conductor of the Singapore Symphony Orchestra and Hong Kong Sinfonietta. He’s been a prominent figure in Singapore’s musical life since his arrival in 2010, but also active internationally giving masterclasses in Europe and China. He has also guest conducted the New Japan Philharmonic, Orchestra of the Swan, and Podlasie Opera Philharmonic in Poland. Recent appearances included the Adelaide Symphony Orchestra and Macao Orchestra.

Intent on broadening the appeal of classical music to audiences who would not normally think of going into a concert hall, Jason is also building a unique reputation as a communicator with mass appeal through his television appearances in both the UK and Asia. He has frequently appeared on BBC television as a judge in both the BBC Young Musician of the Year competition and the classical talent show “Classical Star”. He reached his widest audience when, as a conducting mentor in the series “Maestro”, his celebrity student, the popular comedienne Sue Perkins, won with a nail-biting final in front of the BBC Concert Orchestra and a live studio audience. Other BBC television appearances have include “How a Choir Works” and “The Culture Show”. Jason also starred in “Clash” for the children’s television channel, CBBC.

Since settling in Singapore he has continued with his television work. He was presenter and conductor for “Project Symphony”, an eight part series for Okto where he was filmed setting up a community orchestra. He has recently been involved in filming for a BBC series “Heart of Asia” which explores the contemporary arts and culture scene in Thailand, Indonesia, Korea and the Philippines, and a further series for BBC World called “Tales from Modern China”.

Jason’s roots lie in Hong Kong but he was born in the UK and was a pupil at the prestigious specialist music school in Manchester, Chetham’s, where he studied cello. At Oxford University he studied both cello and composition, and went on to the Guildhall School of Music and Drama in London where he was awarded a Fellowship in Conducting.

Despite having toured as a cellist with the Allegri String Quartet and having been a finalist in the BBC Young Composers Award, Jason gravitated increasingly towards conducting after he won the BBC Young Conductors Workshop in 2002. This led to his appointment as Assistant Conductor to the BBC Philharmonic with whom he made his BBC Proms début in 2003. Following his work with various British orchestras, he was appointed Artist Associate to the Hong Kong Sinfonietta and became their Associate Conductor in 2009.

Education is an important part of Jason’s work in Singapore. At the Yong Siew Toh Conservatory he trains the next generation of conductors, many of whom have had many successes both at home and abroad, and with the SSO he spearheaded the education and outreach programme, helping the orchestra reach new audiences notably through his Discovering Music and Children’s concerts.

No one seems to be spared from challenges, adversities, setbacks, obstacles, defeats, downfalls or whatever form it may take. Growing up with poliomyelitis which paralyzed me from the waist down at the age of two, I crawled everywhere as my parents could not afford the leg braces, crutches or wheelchair. I was regarded by many as one without any hope. My parents taught me what it means to have self-belief, to win with less and to maximise my potential with what I have ie good arms and brain. Repeated rejections by medical school admission boards invigorated me to work harder and never to give up no matter how long it takes. I was finally accepted into medical school after 21 years. I became the first and only person on wheelchair who is a physician in Singapore (just as rare an achievement elsewhere).

COLLABORATION IN A RECONNECTED WORLD

Using the conductor and orchestra as an example of a unified and harmonious organization with a dynamic leader. Jason shares his view from the podium and concert stage to deliver a webinar that offers a fresh perspective on leadership and what it means to make music with your team. Inspiring others through clear direction, the ability to build capability, and storytelling through gesture; it’s an art that requires practice and dedication. To understand that only when we move in the same direction we can produce sensational performances, whether it is orchestra or in an organisation.

JasonLai with the Singapore Symphony Orchestra 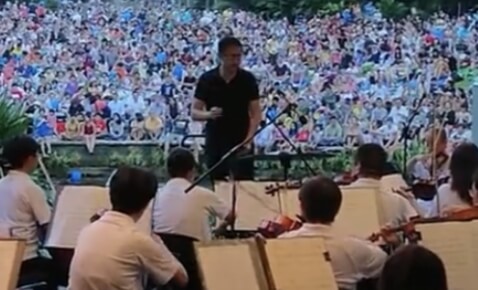 The right notes: Growing an appreciation among the young for classical music 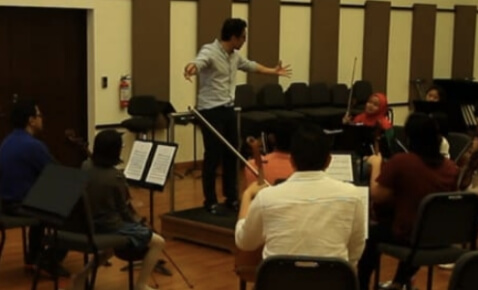 50 ordinary S’poreans come together to form an orchestra

“It was breath-taking to hear your extraordinary story and inspirational presentation at our annual event. The value you shared would not only help guide people through uncertain changes but also give us strength to confront surrounding world and our own soul. Your personal story will always remind me to cherish life and reflect upon myself in good and tough times.”