Chairman of the Board of Telit Communications Plc and E.V.A – Energie Valsabbia, a company developing hydropower and solar generation plants

Since 2012 he is also Chairman of the Board of Assoelettrica, the National Association of Electricity Enterprises consisting of almost 120 firms, and Non-Executive Director of Mediterranean Oil & Gas Plc, which is engaged in oil and gas exploration, development and production.

He has been also Chairman of Organising Committee of the 20th World Energy Congress, promoted by WEC, World Energy Council and held in Rome on November 2007.

From 2002 to 2005 he was Member of the Advisory Board of Carlyle Europe, affiliate of The Carlyle Group (Private Equity), Chairman of the Board of Directors of STA Spa (The Mobility Agency of the City of Rome) and Chairman of Kyoto Club (non-profit organization whose purpose is the achievement of the objectives set by the Kyoto Protocol). From 2005 to 2009 he was Chairman at Roma Metropolitane, Council of Rome owned company in charge of the construction of the new underground lines for the capital.

Testa is a journalist and he contributes to some of the most important daily and weekly Italian newspapers. He was professor at the LUISS School Management in Rome (MBA Program Economics and Management in Public Utilities) and he was Professor at the Universities of Macerata and Naples in Economic and Environmental subjects. In 2008 he wrote a book “Tornare al Nucleare?, L’Italia, l’energia, l’ambiente”, published by Gli Struzzi Einaudi and he created a blog www.newclear.it – a website where everybody can discuss and publish articles, news, data on nuclear issue. 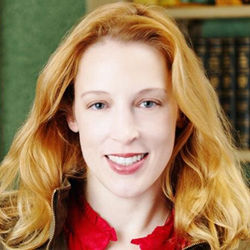