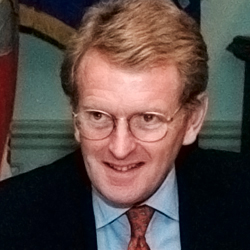 Sir Christopher Meyer spent 37 years in the British Diplomatic Service. His career culminated as Ambassador to the United States during the Bill Clinton and George W. Bush presidencies between 1997 and 2003. His five and a half years in Washington, which made him the longest-serving British Ambassador to the USA since the Second World War, coincided with 9/11, the wars in Kosovo, Sierra Leone and Afghanistan, and the preparation for war in Iraq.

After his retirement from the Diplomatic Service in 2003, Sir Christopher chaired the Press Complaints Commission for six years until March 2009.

In 2005 he published DC Confidential, a memoir of his time in the Diplomatic Service. A further book, Getting Our Way: 500 Years of Adventure and Intrigue: the Inside Story of British Diplomacy, was published in 2009 and accompanied a three-part TV series for BBC4. In 2012 he presented and co-wrote a six-part TV documentary series for Sky Atlantic, Networks of Power. In early 2016 he appeared in and helped research Inside The War Room: World War 3 for BBC2.

In 2013 he published as an Amazon Kindle Single a personal memoir, Only Child.

Sir Christopher is an Honorary Fellow of Peterhouse, Cambridge University, and a Senior Research Fellow at the Royal United Services Institute in London.