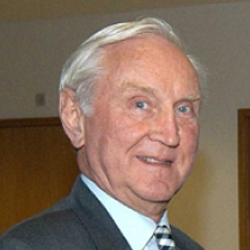 Sir Crispin is arguably the world's foremost authority on climate change. He is a leading international environmentalist and has been independent environmental advisor to successive UK Prime Ministers. He educates and advises governments, scientists, businesses and universities throughout the world on the importance of sustainable development.

Sir Crispin wants to save the planet and gives at least partial credence to fears that civilisation will not survive into the next century. "Everything is a system, including yourself. If you hang up a human corpse, 10 per cent of its weight is bacteria that we rely on to survive," he says. "Cities are just big systems like living organisms too. They suck in materials and emit waste." After a distinguished career in the Diplomatic Service and United Nations, Sir Crispin spends most of his time driving home the message that unless something changes, that very system is about to break down.

Sir Crispin has been a contributor to numerous books & papers including Sustaining Earth: Response to the Environmental Threats; Sudden and Disruptive Climate Change; Scientists debate Gaia; Managing the Earth.

He has been a member of numerous task forces including the Oxford Commission on Sustainable Consumption; China Council for International Co-operation in Environment and Development; Environmental Advisory Council of the European Bank for Reconstruction and Development; Government Task Force on Urban Regeneration; and the Copenhagen Council for Climate Change 2007.