Gordon Hewitt is Professor of Business Administration, and formerly Distinguished Visiting Professor of International Business and Corporate Strategy at the Ross School of Business, University of Michigan. His interests cover the fields of global competition, corporate strategy and innovation, and the value added of executive leadership. His work over the last two decades, often in partnership with the late CK Prahalad, has been at the leading edge of thinking about corporate competitiveness and corporate governance.

Gordon was given the 2007 International Distinguished Faculty Award for Best Global Educator by the Institute of Management Studies whose members comprise leading academics and consultants worldwide. His many academic awards include the title of Honorary Professor at the Faculty of Social Sciences, University of Glasgow, where he started his career. Gordon also holds the title of Distinguished Professor of Corporate Strategy at Duke Corporate Education.

As a consultant, he has extensive experience for over 25 years of working at CEO and Board level with many major corporations. He has been involved in business strategy advice and top leadership development programmes for corporations such as Pfizer, Time Warner, PwC, Zurich Financial, IBM, Sony, Honeywell, Shell, Verizon, Adobe, Diageo, Bosch, Credit Suisse, Deutsche Post/DHL, and Humana.

Gordon is widely acknowledged as one of the world’s leading authorities on the challenge facing business leaders of competing and creating value in dynamic, complex markets. Recently he chaired meetings of European and American CEOs and Board Directors to discuss the future of corporate strategy and corporate governance.

Born and educated in Glasgow, Gordon now works extensively throughout the USA, Asia and Europe. He is a member of the International Advisory Board of Scottish Enterprise. He was also Chairman of Court, the Governing Board, at the University of Abertay Dundee from 2003 to 2009.

Gordon Hewitt was awarded the title of CBE for services to business in the Queen’s 2007 New Year’s Honours List. He has also been elected to Fellowship of the Royal Society of Edinburgh, Scotland’s national academy of science and letters. 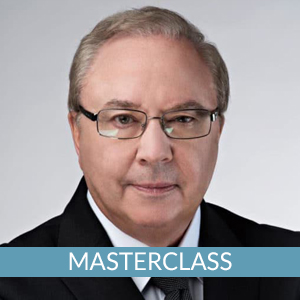