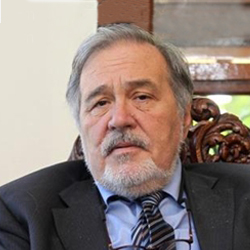 Ilber Ortayli is a leading Turkish historian, professor of history at the University of Galatasaray in Istanbul and at Bilkent University in Ankara. Since 2005 he has been the head of the Topkapi; Museum in Istanbul for nearly 7 years.

Ilber graduated from Ankara University and completed his postgraduate studies at the Chicago University under Professor Halil Inalcik and at the University of Vienna. He obtained his doctorate at Ankara University in the Faculty of Political Sciences. His doctoral thesis was Local Administration in the Tanzimat Period (1978).

After his doctorate, he attended to the faculty at the School of Political Sciences of Ankara University. In 1979, he was appointed as associate professor. In 1981, his book on the German influence on the late Ottoman Empire (İkinci Abdülhamit döneminde Osmanlı İmparatorluğunda Alman Nüfuzu) was published. In 1982, he resigned from his position, protesting the academic policy of the government established after the Military Coup of September 12, 1980.

After teaching at several universities in Turkey, Europe and Russia, in 1989 he returned to the Ankara University and became professor of history and the head of administrative history.

He has published articles on Ottoman and Russian history, particular emphasis on cities and the history of public administration, diplomatic, cultural and intellectual history.

In 2001, he received the Aydın Doğan Foundation Award. He is a member of the Foundation for International Studies, the European-Iran Examining Foundation and the Austrian-Turkish Academy of Sciences.