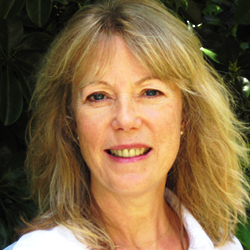 Author of the inspirational book, It’s Not Only Rock’n’Roll: Iconic musicians reveal the source of their creativity

Jenny Boyd Ph.D is the author of It’s Not Only Rock’n’Roll, a book in which 75 of the world’s most iconic musicians reveal their thoughts on creating music. She has probed the minds of legends such as Eric Clapton, Don Henley, Joni Mitchell, George Harrison, Ravi Shankar and many more; delving into the drive to create; the importance of nurturing creativity; the role of unconscious influences and the effects of chemicals and drugs on the creative process.

As a result of her many personal ties to the music world, former wife of drummer Mick Fleetwood, and the sister-in-law of Beatle George Harrison, and later Eric Clapton, she found herself, from a young age, immersed in the creative world of rock and roll.

At the age of 37, she ended her rock and roll lifestyle and embarked on a degree course, an MA in Counselling Psychology followed by a Ph.D in Humanities (the result of which culminated in the publication of her dissertation, It’s Not Only Rock’n’Roll.) In addition to researching the creative process, Jenny has worked in the addiction field in the US and UK for the last twenty-one years, and at the same time set up her own company, Spring Workshops, through which she brought therapists from the States to the UK to facilitate workshops.

Jenny has just completed her second book, currently in the hands of her agent and, after speaking at Literary Festivals for the last few years, has now embarked on promoting her ideas on the creative process through public speaking in the US and UK, emphasising her belief that everyone has the potential to be creative.