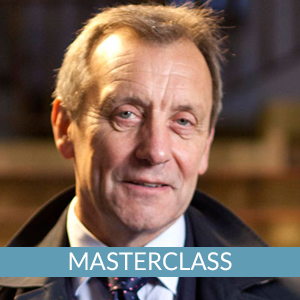 Richard Mullender worked as a detective investigating serious crimes at the London Metropolitan Police before he became a hostage negotiator and lead trainer at Scotland Yard’s National Hostage and Crisis Negotiation Unit. He was part of the team that negotiated the high-profile release of three UN workers held hostage by the Taliban in Afghanistan in 2004 and his listening expertise contributed to the intelligence that informed the rescue of Norman Kember in Iraq in 2006. He has also trained and advised international government bodies including: The United Nations, The World Food Programme, The Maltese Government and The Indian secret services.

Masterclass overview
We’re all taught to talk. None of us are taught to listen. And yet we know that all effective communication starts with listening. Listening is a skill that’s seriously undervalued in the business world. This training is developed by an experienced hostage negotiator to help you and your team gain a skill very few people have and use it ethically to influence and persuade. Expect to be entertained; be challenged; and learn valuable skills from the closely guarded world of hostage negotiation.

A hostage negotiation scenario can be played as part of the masterclass to put your new skills to the test in a controlled ‘life or death’ crisis situation.