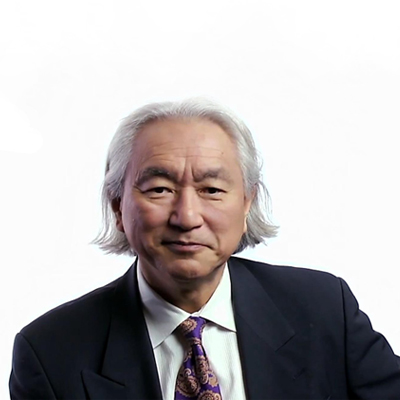 Dr. Michio Kaku is one of the most widely recognised figures in science in the world today. He is an internationally recognised authority in two areas. The first is Einstein’s unified field theory, which Dr. Kaku is attempting to complete. The other is to predict trends affecting business, medicine, finance, and our way of life, based on the latest research in science.

He holds the Henry Semat Chair in Theoretical Physics at the City Univ. of New York. He graduated from Harvard University in 1968 (summa cum laude and 1st in his physics class). He received his Ph.D. in physics from the Univ. of Calif. at Berkeley in 1972, and been a professor at CUNY for almost 30 years. He has taught at Harvard and Princeton as well. His goal is the complete Einstein’s dream of a “theory of everything,” to derive an equation, perhaps no more than one inch long, which will summarise all the physical laws of the universe. He is the co-founder of string theory, a major branch of string theory, which is the leading candidate today for the theory of everything. His Ph.D. level textbooks are required reading at many of the world’s leading physics laboratories.

Kaku is the author of several international best-sellers, and he is regularly called upon to write for major publications. He has written for Time Magazine, the Wall Street Journal, Discover Magazine, New Scientist Magazine, Astronomy Magazine, Wired Magazine, and been quoted in Scientific American, the N.Y. Times, the Washington Post, the London Daily Telegraph, the London Times, the Philadelphia Inquirer, Wired Magazine, and Fast Magazine. He has written cover articles for New Scientist magazine, Astronomy magazine, and the Sunday London Times.

Kaku was featured in the full-length, 90-minute feature film, Me and Isaac Newton, which was nominated for an Emmy in 2001. He was profiled in Tech-TV’s Big Thinkers series and is a regular commentator on that cable network. He has spoken on over 500 radio stations around the country.

He has also appeared in a number of major science specials. In 2006, he hosted a four part, four part series for BBC-TV and BBC World on the nature of time, called Time. In winter of 2007, he hosted a 3 part, 3 hour Discovery–TV series about the next 50 years, called 2057. He has also hosted a new 3 part, 3 hour documentary, for BBC-TV about the future of science, called Visions of the Future. It aired in the UK in 2007, and received glowing reviews from the London newspapers, including the Times, Daily Telegraph, and Guardian. It also received some of the highest ratings for BBC4.
In Jan. 2009, he signed a contract with the Science Channel to host a 12 part science series based on his best-seller, Physics of the Impossible. The series aired in Dec. 1, 2009. In the agreement, the Science Channel also asked Dr. Kaku to be the public face of the Science Channel. He also appears regularly of Fox News.

He frequently keynotes major business conferences about the next 20 years in computers, finance, banking, and commerce. In particular, he has keynoted major conferences for major corporations, many of them controlling hundreds of billions of dollars in investments, including Microsoft, Hewlett-Packard, HSBC Bank, Deloitte-Touche, Credit Suissse,

Morgan Stanley, and many more. 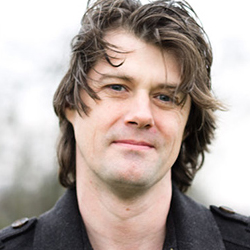