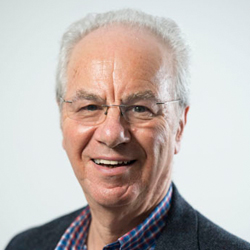 Peter Kellner is Chairman of NCVO (National Council for Voluntary Service). He was Chairman of the pioneering on-line survey research company, YouGov, from 2001-07 and President from 2007-16.

Kellner has been Visiting Fellow at Nuffield College, Oxford, a Distinguished Visiting Fellow at the Policy Studies Institute, London, and served as a member of committees set up by the Economic and Social Research Council to commission research into elections and social exclusion. He received a Special Recognition Award from the Political Studies Association in 2011.

Before joining YouGov, he acted as a consultant on public opinion research to a number of organisations, including the Bank of England, Corporation of London, Foreign Office, National Westminster Bank and Trades Union Congress.
Kellner has written for a variety of newspapers and magazines, including the Times, Sunday Times, Independent, Observer, Evening Standard, New Statesman and Prospect. He has also written, or contributed to, a variety of books and leaflets about politics, elections and public affairs. He was awarded Journalist of the Year in the British Press Awards in 1978.

Kellner is currently a trustee of ASH (Action on Smoking and Health) and UpRising, and a member of the Council of NIESR (National Institute of Economic and Social Research). He is a non-executive director of the Medical Discoveries Catapult (a not-for profit company) and the Dolma Impact Fund (investing in infrastructure development in Nepal).