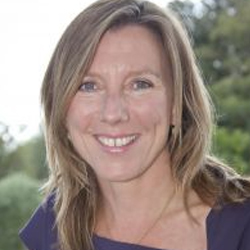 Sarah Montague is one of the main anchors on BBC Radio 4's Today Programme, since 2001. It is Radio 4's most popular news and current affairs programme and reaches an average of over six million listeners every week in the early mornings.

In addition since 1999, Sarah has been one of the presenters of HARDtalk, a one-to-one in depth interview series for BBC World. HARDtalk interviews international political leaders to entertainers; from corporate decision-makers to ordinary individuals facing huge challenges, asking hard-hitting questions and covering sensitive topics, to get behind the stories that make the news.

In the past, since joining the BBC in 1997, she has also presented BBC2's Newsnight, BBC1's Breakfast with Frost, Evening News bulletins on BBC1, as well as being a key presenter on BBC News Channel.

Sarah works regularly in the corporate sector hosting conferences, chairing discussions and interviewing CEO’s. She has hosted the Nominet Forum for seven years running and has also hosted the Jersey Finance Trusts Seminar for the past four years. She has also interviewed the Nobel Prize winners for BBC World News.

Sarah started her career in finance working as a stockbroker and Eurobond dealer with Natwest Capital Markets, London. Then in 1991 she became a reporter at Channel Television in Guernsey. She moved back to London in 1994 as a freelance news reporter before joining Reuters Television in 1995.

She did a stint at Sky News in 1996 where she presented their main business and news programmes before joining the BBC in 1997.

Sarah is a sought after moderator for award ceremonies and corporate and governmental seminars all over the world.

"Using Sarah Montague to Chair the conference was an inspired move. Not only did she help make the conference run smoothly and on time, but I think she gave a lot of the speakers confidence. The questions to the Board were handled firmly but fairly and she gave a lot of credibility to the event as a whole. We would certainly ask her to help us again" - Savills