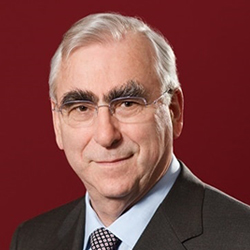 As German Finance minister from 1989-1998, Theo played a key role in European monetary union and in the formation of the Euro.

He speaks on the future of Europe, the role of Germany in the economy of Europe and the opportunities and constraint of globalisation. Theo is a politician and lawyer who served as a minister in the Government of Germany between 1989 and 1998, a period of significant change for Germany and Europe. Having been a member of parliament since 1973, he joined Chancellor Kohl's Cabinet as Federal Minister of Finance in 1989. There followed the peaceful revolution in East Germany, the disintegration of the Soviet Union and the further steps towards European integration. Both as leader of the CSU party and as a Government Minister, Theo was instrumental in bringing about Germany’s re-unification and in securing Russia’s agreement to re-unified Germany being part of NATO. During the same period, Theo and Foreign Minister Genscher put their signatures to the Maastricht Treaty for European political and monentary union. Theo was the driving force behind the Stability Pact to underpin the Euro and without his determination the single European currency might never have become reality.

Amongst many covered themes Theo talks about Globalisation, Europe, Politics and Brexit.