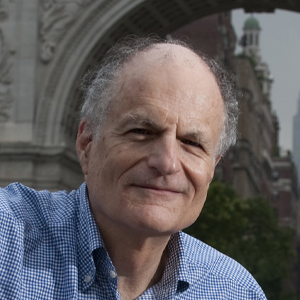 In the midst of today’s economic crisis, Tom Sargent looks at answering the questions about the role of government policy and regulation.

Tom was the winner of the 2011 Nobel Prize in Economic Sciences for his pioneering work in macroeconomics over the last forty years. One of the founders of the rational expectations model and the freshwater economics movement, Tom is one of today’s most influential economists. He holds the W.R. Berkley Professorship of Economics and Business at New York University and is the author of many significant books and articles, including the classic economic textbooks, Macroeconomic Theory and Dynamic Economic Theory with 2013 Nobel Laureate Lars Peter Hansen.

The crucial insight behind rational expectations is this: people make decisions based on a reasonable mental model of the economy, and, crucially, based on their understanding of the government’s economic policies. This means that, since consumers and investors adjust their behaviours whenever the government shifts policies, these policies rarely have their intended effect. This is an insight that revolutionised economics in the post-Keynesian era, and it continues to dominate economic thinking today.