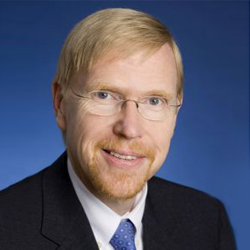 Thomas Mayer is founding director of the Flossbach von Storch Research Institute and is a Senior Fellow at CFS. As Senior Fellow he is involved in research on European financial integration and current financial market issues. He also organizes the CFS Lecture Series "On the Order of Money".

He previously held positions at the International Monetary Fund in Washington D.C. (1983-1990) and at the Kiel Institute for the World Economy (1978-82). In 1982, he received a Ph.D. in economics from the University of Kiel and is a CFA Charterholder since 2002.

Mayer has published numerous articles on international and European economic issues and his first book 'Europe’s Unfinished Currency: the Political Economics of the Euro' (2012), looks at the historical background of European monetary union, its current peril and proposes clear strategies for its rescue.