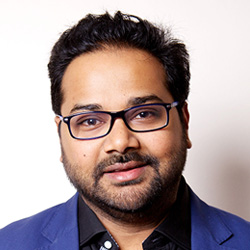 Ambarish Mitra is the CEO and co-founder of Blippar, the leading augmented reality browser using artificial intelligence and computer vision to give people more from the world they see.

Under Mitra’s direction, Blippar has grown from a ground breaking idea to an industry leader with offices in the UK, US, India and Singapore and was listed 3 years in a row in CNBC’s list of most disruptive companies in the world as well as named one of the 'Most Innovative AR/VR company' by FastCompany.

Mitra is a serial entrepreneur who started his tech career in 1997 as a 17 year old high school drop-out creating a web portal to empower women in India. Mitra is also an active private investor in the field of AR, AI, food tech and genomics.

With a vision to bridge the physical and digital worlds and give people more from the world they see through AR and Computer Vision, Mitra has been widely recognised for his pioneering work in the field of Augmented Reality. Mitra was named by Ernst & Young as UK Entrepreneur of the Year for 2016, and was appointed as an Ambassador for the GREAT Britain campaign to promote British innovation around the world. Mitra was also recognised as a Young Global Leader by the World Economic Forum in 2017. 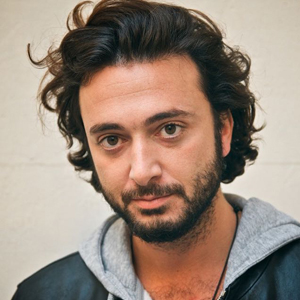