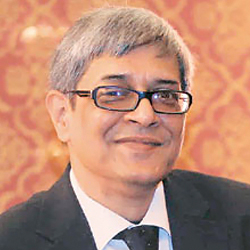 Bibek Debroy is a noted Indian economist. He is currently a professor at Centre for Policy Research, New Delhi. He is also Visiting Honorary Senior Research Fellow for Institute for South Asian Studies in National University of Singapore.

Debroy studied at Ramakrishna Mission School (Narendrapur), Presidency College (Calcutta), Delhi School of Economics and Trinity College (Cambridge). His past positions include the Director of the Rajiv Gandhi Institute for Contemporary Studies at Rajiv Gandhi Foundation, Consultant to the Department of Economic Affairs of Finance Ministry (Government of India), Secretary General of PHD Chamber of Commerce and Industry and Director of the project LARGE (Legal Adjustments and Reforms for Globalising the Economy), set up by the Finance Ministry and UNDP for examining legal reforms in India.

Between December 2006 and July 2007, he was the reporter for implementation in the Commission on Legal Empowerment of the Poor. Prof. Debroy has authored several books, papers and popular articles, has been the Consulting Editor of some of the most prominent financial newspapers in the country and is now Contributing Editor with Indian Express. He is a member of the National Manufacturing Competitive Council. He is also a member of the Mont Pelerin Society.

In his yesteryears Debroy has taught at Presidency College, Calcutta, Gokhale Institute of Politics and Economics, Indian Institute of Foreign Trade and National Council of Applied Economic Research.

In 2010, he started authoring a ten-volume unabridged English translation of The Mahabharata. 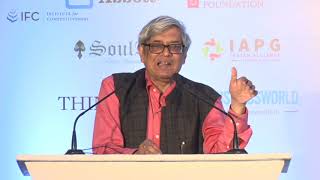 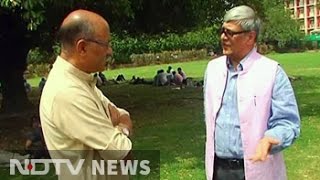