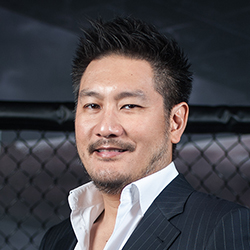 Chatri Sityodtong is a self-made Harvard MBA entrepreneur and martial artist from Thailand. His rags-to-riches life story has been profiled around the world on BBC News, Bloomberg TV High Flyers, CNBC Entrepreneur Asia, Channel NewsAsia, Harvard Business School, Sports Illustrated, and other major media. He is currently the Founder and Chairman of ONE Championship, Asia's largest sports media property in history with a global broadcast to over 1 billion homes across 118 countries around the world.

A motivational speaker and guest lecturer, Sityodtong is an Entrepreneur-in-Residence at INSEAD, one of the world's top business schools. He has also been a featured speaker at top global conferences such as Forbes Global CEO Conference, CNBC Asia Business Leaders Awards, Bloomberg ASEAN Business Summit, TEDx, Milken Institute Asia Summit, Credit Suisse Entrepreneur Connect, All That Matters, INSEAD VC, and others. He is a regular guest lecturer at Singapore Management University and an advisor to the SMU Entrepreneurship Center. He has also given business talks at Fortune 500 companies such as Citigroup, Bloomberg, Fidelity Investments, Dentsu Aegis, etc as well as at institutions such as Harvard Business School, INSEAD, Singapore Management University, Vienna University of Technology, and others.

Sityodtong plays an active leadership role in the community. He serves on the Board of Directors of Project Sunshine, one of the largest volunteer organizations in the world dedicated to terminally-ill children with HIV and cancer. He is also active with both Boys Town Home (Singapore's home for orphans and troubled kids), Singapore Children's Society (an organization focused on helping underprivileged children), and Children's Cancer Foundation (a charity dedicated to helping children with cancer).

With almost 30 years of martial arts experience as a student, a fighter, an instructor, and a coach, Sityodtong is a certified senior Muay Thai instructor under the legendary Kru Yodtong Senanan of the world-renowned Sityodtong Camp in Thailand. He also holds a Blue Belt in Brazilian Jiu-Jitsu under Master Renzo Gracie.

Chatri Sityodtong holds an MBA from Harvard Business School and a BA from Tufts University. 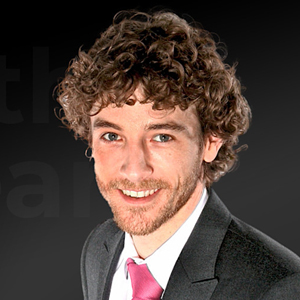