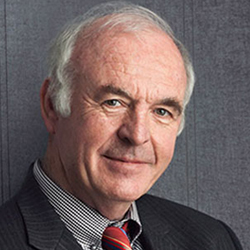 Clem Sunter is an internationally acclaimed authority on management strategy, scenario planning, and corporate social responsibility. He is the former CEO and Chairman of the Gold and Uranium division of the South African mining giant, Anglo American. Until recently he was the Chairman of the Anglo American Chairman's Fund, which has been rated as South Africa's premier corporate social responsibility fund.

He is widely renowned as one of the leading scenario planners, but also for making a significant contribution to best practice and business in South Africa, and helping to mobilise the private sector in the war against HIV/AIDS.

Sunter joined Anglo American in 1971, working in Zambia and then Johannesburg, primarily in the Gold and Uranium Division. He was chairman and CEO between 1990-1996, at a time when Anglo American was the largest gold producer in the world. Prior to becoming Chairman and CEO he established the revered scenario planning unit at Anglo American in London and Johannesburg. With data from this unit, he devised the much cited 'The World and South Africa in the 1990s' presentation. So influential was this work that he presented it to both to FW de Klerk and his Cabinet, and Nelson Mandela whilst in prison.

Sunter is the author of seventeen acclaimed business books on leadership, crisis management, planning and strategy, and has given scenario presentations in Europe, India, Singapore, Britain, Australia and many African countries. He has also lectured at the Harvard Business School in Boston and at the Central Party School in Beijing. Recently he was awarded an Honorary Doctorate by the University of Cape Town for his work in the field of scenario planning.