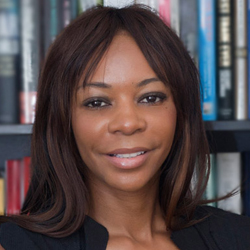 Dambiso Moyo has travelled to more than 50 countires over the last decade, during which time she has developed a unique knowledge base on the political, economic, and financial workings of emerging economies, in particular the BRICS and the frontier economies in Asia, South America, Africa and the Middle East. Dambisa serves on the boards of Barclays Bank, the financial services group, SABMiller, the global brewer, and Barrick Gold, the global miner. She was an economist at Goldman Sachs, where she worked for nearly a decade, and was a consultant to the World Bank in Washington, D.C.

Her work examines the interplay between rapidly developing countries, international business, and the global economy, while highlighting the key opportunities for investment.

She is the author of the New York Times bestsellers Dead Aid: Why Aid is Not Working and How There is a Better Way for Africa and How the West Was Lost: Fifty Years of Economic Folly and the Stark Choices Ahead.

Her third book, Winner Take All: China’s Race for Resources and What it Means for the World, was published in June 2012, and premiered at number 13 on the New York Times bestseller list and has received critical acclaim.

In 2009, Dambisa was named by TIME Magazine as one of the 100 Most Influential People in the World, and to the World Economic Forums Young Global Leaders Forum. She is a member of the Atlantic Council.

Dambisa is a contributing editor to CNBC, the business and finance news network. Her writing regularly appears in economic and finance-related publications such as The Financial Times and the Wall Street Journal.