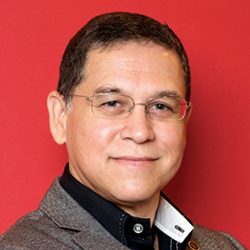 David Mizan Hashim is the founding Principal of VERITAS Design Group, one of the leading architectural and design practices in South-East Asia, having established the firm in 1987 soon after his graduation. Based in Kuala Lumpur, Malaysia, VERITAS has won numerous local and international accolades for its planning, architectural, interior design and landscape projects. Led by David’s initiatives, VERITAS has become Malaysia’s leading exporter of professional design services, with projects throughout Asia and beyond, and offices in several domestic and international locations. Between 2007 and 2011, VERITAS was listed among the top 10 design firms in South-east Asia.

David has long recognized the importance of branding in the evolution of VERITAS. Since the founding of the practice, its Brand Promise and Core Philosophy have been clearly articulated and promulgated via a program of internal and external publicity across all media forms to reach out to all VERITAS stake-holders. The result of this is a well-recognized and respected identity in the market of professional design services throughout the region.

David’s academic credentials include a Bachelor of Science degree in 1983 from the Massachusetts Institute of Technology and a Master in Architecture in 1986 from Harvard University’s Graduate School of Design, both in Cambridge, Massachusetts in the USA. Upon graduation, he was awarded the prestigious Aga Khan travel fellowship for research in Islamic architecture.

He has also been very active in the promotion of entrepreneurship and is a founding member and ex-President of the Malaysian Chapter of the Young Entrepreneurs’ Organization and is an ex-President of the Malaysian Chapter of the World Entrepreneurs’ Organization. David won the prestigious Most Outstanding Malaysian Award from the Junior Chamber of Commerce in 1999 in the category of Entrepreneurial Accomplishment, and led VERITAS to receive the 1999 Enterprise-50 Award for best run medium sized firm by Anderson Consulting. In 2005 and again in 2008, he was among the 5 finalist in the Ernst and Young Malaysian Master Entrepreneur of the Year Awards. He has been Principal-in-charge of numerous award-winning architecture and interior design projects by VERITAS, in Malaysia and Dubai.

David’s other professional interest is in information technology. He has been an investor and director of several I.T. start-ups, MSC-status and publicly listed companies. He has also dabbled in the F&B business and has been a partner of several clubs and restaurants over the years.

Chicco Testa
Chairman of the Board of Telit Communications Plc and E.V.A – Energie Valsabbia, a company developing hydropower and solar generation plants 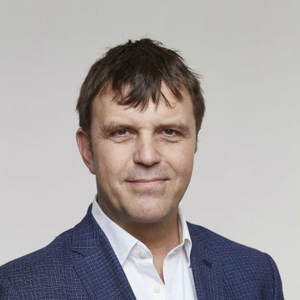