"London Speaker Bureau is simply the best to work with – They take good care of me during my travels and this ensures that I can focus 110% on my presentation and not worry about anything else."

Dr William Tan is the personification of both passion and compassion. He contracted polio at the age of two and is paralysed from the waist down. Notwithstanding his disability, he has shown outstanding strength in overcoming adversities. Upon graduation from the National University of Singapore and joining the Civil Service, he ventured abroad for postgraduate studies, with dreams of becoming a scientist and medical doctor. He graduated from Harvard University with a First Class Honours in Physiology, and trained at the world-renowned Mayo Clinic.

Dr Tan is also an accomplished sportsman. An Asian-Pacific Games triple gold medalist, he has also competed in the 1988 Seoul Paralympics, the World Games as well as the Commonwealth Games. He holds six endurance marathon world records including the “Fastest time to complete Three marathons in Three Consecutive Days in Three countries”. However, upon realising that, "winning medals, trophies or prize money should not be an end to itself. It should be a means to further goodness and to help people." Since then, he has devoted to championing as well as fundraising for needy causes in worldwide. He has skydived, water-skied, sailed and even climbed a 14-storey building to raise money. He has helped raised more than $18 million on a voluntary basis for charities locally and internationally, over the last 22 years. Some of his humanitarian efforts include Polioplus for the worldwide eradication of polio and Operation Smile.

In 2007, Dr Tan became the first person in the world to accomplish a marathon in a wheelchair in the North Pole in 21 hours and 10 mins despite overwhelming obstacles and extreme conditions of –25 deg C to raise funds for Global Flying Hospitals. The very same year, he became the fastest person in the world to complete 7 marathons across 7 continents in 26 days to raise funds for international charities on 7 continents.

In 2009, Dr Tan was diagnosed with Stage 4 (end-stage) leukemia. True to his fighting spirit, he turned this adversity into opportunity. Throughout his 6 months of toxic chemotherapy followed by bone marrow transplant, he championed for needy cancer patients who cannot afford the high cost of cancer treatment in Singapore. On 26 September 2010, he achieved his best time ever in para-cycling at the Berlin Marathon. One year after his bone marrow transplant, he accomplished two full marathons back to back with finishing times better than his pre-leukemia days.

In 2014 and 2015, he hand-cycled from London to Paris over a distance of 500 km in four days to raise funds for lymphoma and leukemia research in USA, UK, New Zealand and Singapore. His battle against end-stage leukemia however, has been his longest and most painful race. It has transformed him into a more compassionate physician and invigorated him to dedicate his new lease of life to doing more for humanity. His journey of resilience and reinventing oneself to scale greater heights in the face of adversity continues to inspire many individuals and corporate leaders. 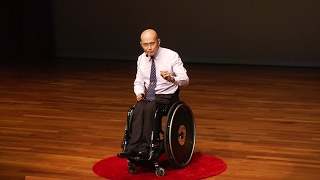 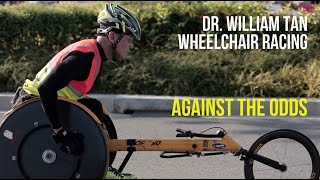 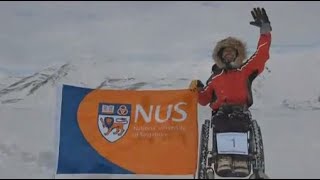