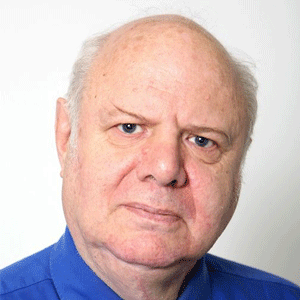 Geoffrey Lean is Britain’s longest-serving environmental correspondent, having pioneered reporting on the subject some 45 years ago.
Lean is currently Contributing Editor at the Daily Telegraph where he has written a half page column for six years. He has specialised in the field for over 45 years, writing for the Yorkshire Post, Observer, Independent on Sunday and the Telegraph, and contributing freelance pieces for publications ranging from the New Statesman to the Daily Mail.

Lean has won a number of awards including scoop of the year in both the National and London Press Club awards, The Martha Gelhorn Prize for investigative journalism, and Britain’s premier award for raising environmental awareness.

Lean has been around almost since the beginning of the environmental movement, and has known most of the major players. He can speak authoritatively, and at times provocatively, on a whole range of issues from the countryside to climate change, energy to environmentalism, pollution to population growth and world poverty.

Lean has travelled to over 70 countries on all six continents. He was one of the first group of journalists ever allowed to tour the then closed Himalayan Kingdom of Bhutan; flew through China with Prince Philip in his private plane; cruised along the Greenland coast with the Eastern Orthodox Pope; and got stuck on the lower slopes of Mt Everest when Sir Edmund Hillary failed to turn up for an appointment. He has had breakfast with Willi Brandt, lunch with Michael Gorbachev, drinks with Margaret Thatcher, and dinner with Bianca Jagger.

Lean was in a coma for a month and became a quadriplegic for six months after an operation went wrong 24 years ago. He is rare in being able to remember his coma vividly and has spoken and written about this unique experience. He also survived tongue cancer and a quadruple heart bypass. To cap it all, his house burnt down; he built a pioneering carbon-negative one in its place. Lars Thomsen
One of Europe's most influential futurists