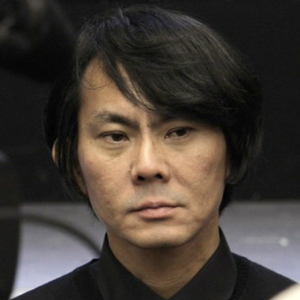 Dr Hiroshi Ishiguro is Director of the Intelligent Robotics Laboratory, part of the Department of Systems Innovation in the Graduate School of Engineering Science at Osaka University, Japan. A notable development of the laboratory is the Actroid, a humanoid robot with lifelike appearance and visible behaviour such as facial movements.

Hiroshi Ishiguro concentrates his work on the idea of developing robots which are as similar as possible to a live human being. At the unveiling in July 2005 of the female android named Repliee Q1Expo, he said that he realised the importance of its appearance in order to give the robot presence. Ishiguro even thinks that it may be possible to build an android that is indistinguishable from a human.

Hiroshi Ishiguro has made an android that resembles him, called the Geminoid. He also introduced a telecommunication robot called the Telenoid R1. Ishiguro uses the android to teach his classes at Osaka University of Japan and likes to scare his students by making Geminoid do human-like movements like blinking, "breathing" and fidgeting with his hands.