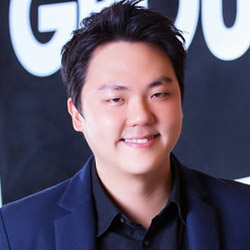 Joel Neoh is currently the Founder of KFit, the largest lifestyle movement that aims to make fitness and lifestyle activities accessible to everyone which presence in over 20 cities in Asia. He also listed as one of Asia's Top 10 young entrepreneurs. In 2012 he won the Ernst & Young Emerging Entrepreneur of the Year. Joel was previously Head of Groupon Asia Pacific.
Born to a family of educators, Joel started his first company at age 20 while studying engineering in university, won Malaysia's version of 'The Apprentice' at 23, and has built and exited 2 tech companies; Groupsmore to Groupon in 2011 (E-commerce) and merged Says with Catcha Media in 2013 (Digital Media). Passionate about technology, he has also invested into a string of technology venture capital funds and startups across Asia.

Being one of the founding members of the Groupon business in Asia, he has been instrumental in the establishment of the fastest growing business model ever (by Forbes) throughout Asia Pacific, a multibillion dollar region for Groupon in just under 5 years. With over thousands of employees across 12 countries including Japan, Australia, India, Hong Kong, Singapore, Malaysia, Indonesia; Joel is a big believer in building a world-class work culture, where the organizations he led has won the WorldBlu Most Democratic Workplaces in 2013 and Best Place to Work by Glassdoor in 2012.

Joel sits on the board of public listed Rev Asia, Monash School of Business and AIESEC the world's largest student organization. He was also recognized by the Prime Minister of Malaysia with the Malaysian Service Medal, listed as Top 40 under 40, and was named to the World Economic Forum's Young Global Leaders Alumni. Having completed his studies in Harvard Business School, and lived across a number of asian countries including Tokyo, Seoul, Taipei, Sydney, Singapore - Joel is passionate about democratizing technology to enhance and impact the life of millions of across Asia.