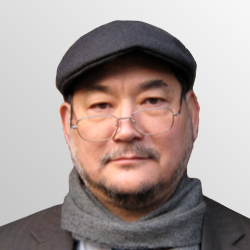 John Dennis Liu, as an award winning documentary film maker, addresses his audience in truly compelling and captivating ways. Through his multi-media presentations and his films, John has managed to influence policy on national and regional levels, most recently in Rwanda. He manages to reach audiences from distinctly different backgrounds: business leaders and economists, academia, students, policy makers and politicians, leading them towards higher levels of motivation and most importantly, action.

An American who has lived in China for more than 30 years, John helped to open the CBS News Bureau in Beijing at the time of normalization of relations between the U.S. and China. In his ten years with CBS News as producer/cameraman, an international audience got an early glimpse of China through his eyes and keen sense of curiosity and investigation.

In a world of increasing environmental challenges, John has meanwhile become one of the foremost ecological film makers. John has written, produced and directed films on various ecosystems, urban development, endangered animals and poverty reduction. Many of his films are shown as Earth Report and the Life series on BBC World. Initially working in China and Mongolia, he now travels the world filming, researching and presenting.

John is the worldwide Ecosystem Ambassador of Commonland since 2015. Commonland is stimulating large-scale ecosystem restoration on a planetary scale using the 4 returns, 3 zones, 20 year method.

John has continuously developed both his film making skills and knowledge of ecosystem restoration. He is a foreign expert at the International Cultural Exchange Audio/Visual Publishing House and has been named the Rothamsted International Fellow for the Communication of Science by the Rothamsted Research Institute in the UK.

John has delivered presentations to audiences around the world including the Royal Society, JP Morgan, Sky TV, The Green Cross, The Global Environment Facility, the Wilson Centre for Scholars in Washington, The Wilton Park Conference, Chatham House, The British Society, UNEP, The Jane Goodall Institute, UNDP, The Presidents of Rwanda and Ethiopia and the Finance Environment Ministers from numerous countries at the Global Environment Facility meeting.