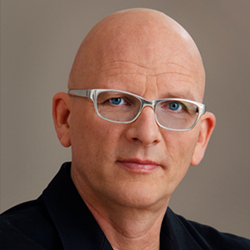 Nordström's most recent book, Urban Express, co-authored with Per Schlingmann, detailed what the near future could hold for the human race and civilisation.  They see a silent revolution, spearheaded by cities and women. They see multi-national corporations being transformed into multi-urban corporations.  They see urban becoming the new “black” and mayors becoming the prime ministers of our era. They spot the need for new, non-digital competences – “wild” knowledge that can’t be taught at universities. They see an era for women: women who, equipped with skills and mobile phones, are staking their claim in a society that’s on an express train towards urbanisation.

Prior to this, he wrote Funky Business: Talent Makes Capital Dance, with Jonas Ridderstrale.  The book fundamentally challenged the traditional view of success in business and was described as a 'manifesto of what our time requires from business firms and their leaders'.  Nordström and Ridderstrale's second book, Karaoke Capitalism: Management for Mankind, followed and was also a huge success.  It urged individuals, businesses and leaders to be original in commerce and not simply to follow the herd.

Nordström is currently a Professor at the Institute of International Business (IIB) at the Stockholm School of Economics.  He is also known for being one of the leading researchers on multi-national enterprises and the global market, and has acted as an advisor to several major corporations.

In 2015, Nordström was named one of the world’s most influential management gurus, ranked No 15 out of 30.