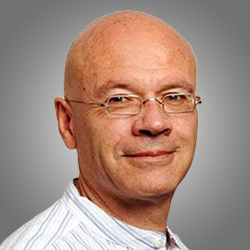 British journalist and the author of “When China Rules the World: The End of the Western World and the Birth of a New Global Order”

Martin Jacques is a British journalist and the author of “When China Rules the World: The End of the Western World and the Birth of a New Global Order”.
Martin is a visiting senior fellow at the London School of Economics, IDEAS, a centre for the study of international affairs, diplomacy and grand strategy, and a visiting research fellow at the LSE’s Asia Research Centre.

He was editor of “Marxism Today”, a post he held for fourteen years, transforming what was an obscure and dull journal into the most influential political publication in the UK, read and respected on the right and left alike, and the home of the best contemporary political analysis. In 1991, he closed “Marxism Today” and in 1994 became the deputy editor of the “Independent” newspaper, a post he held until 1996. He is columnist for “The Guardian” and “New Statesman”.

He co-founded the renowned think-tank Demos, the idea for which first occurred to him during the latter phase of “Marxism Today”, and which was to become influential during the 1990s. His most influential essays include the “End of Politics”, the “Rise of East Asia”, “Meaning of Middle Class Insecurity”, “The Age of Sport”, and “The Global Hierarchy of Race”.

He has made many television programmes for the BBC including writing and presenting “Italy on Trial” (1993), “The Incredible Shrinking Politicians” (1993), a two-part series on “The End of the Western World” (1996) and “Proud to be Chinese” (1998).

He is chairman of the Harinder Veriah Trust which was established in memory of his wife and gives financial support to under-privileged children at Harinder’s old school Assunta Primary in Petaling Jaya, Malaysia, in order to assist them in their education.