He was the first professor at the Business School to teach a course on the effects of digital technologies on global business. He also consults to corporations and professional asset management firms throughout the world, helping them to identify, assess, and manage their political risks in the changing global environment.

What unites these activities is Marvins's unique awareness of the intersections of politics, economics, emergent technologies and psychology. He argues that global economic decline generates pervasive feelings of humiliation, anxiety, and mistrust. Those, in turn, will generate widespread political instability. Governments will be toppled, the economic decline of those countries will accelerate and foreign investment will seek other investable countries, diminishing long-term economic growth. In a world of economic decline, technologies multiply the downward spiral while economically, cross border financial flows and business outsourcing to lower cost countries, for example, have begun to decline -- major factors driving the decline of the global economy. The instability and humiliation, which in turn drives rage, will generate more recruits for terrorism. In the face of these global economic, political and financial challenges, business leadership, and a true understanding of what defines leadership, is more essential than ever.

Marvin is a leading authority on the Middle East, and has spent almost the last 50 years studying the volatile mix of Islam, terrorism, and the Middle East. He is the former director of the Center for Middle Eastern Studies at the University of Chicago and the former president of the American Institute of Iranian Studies. He has lived in Iran, hitchhiked through Afghanistan in the 1960s, studied Islam in Iraq beginning in 1964, and has traveled extensively throughout other parts of the region, as well.

His writings have been published, among other places, in The Financial Times, The New York Times, The International Herald Tribune, Chief Executive Magazine, La Vanguardia, The Boston Globe, and the Japanese journal Nikkei Weekly. His latest book is Risk Rules: How Local Politics Threaten the Global Economy (May 2011). His other books include The Kimchi Matters: Global Business and Local Politics in a Crisis Driven World; The Eastern European Opportunity; Majestic Failure: The Fall of the Shah; Khomeini and the Islamic Republic of Iran; and The Political Elite of Iran.

He has appeared on numerous network television news programs, and was the Middle East Consultant to ABC/Capital Cities television. He was educated at Yale University, the Harvard Business School, the Massachusetts Institute of Technology, where he received a Ph.D. in Political Science, and the Institute for Psychoanalysis, Chicago, where he received psychoanalytic training. 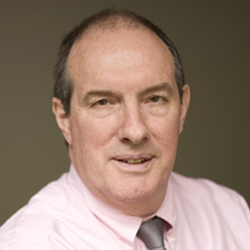 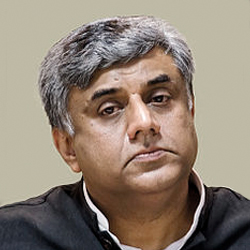