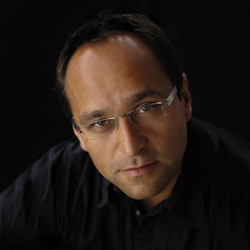 A scientific approach to creative innovation

Michael Brooks is an expert on the science of innovation.

He writes a weekly column for the New Statesman and is a consultant editor at New Scientist magazine. He is the author of At The Edge of Uncertainty, The Secret Anarchy of Scienceand the bestselling non-fiction title 13 Things That Don't Make Sense.

Brooks has wide-ranging experience in stimulating innovation and plays advisory roles in a variety of contexts, including at New Scientist magazine, the Waterloo Global Science Initiative in Ontario, Canada, and the Centre for Quantum Technologies in Singapore.

He has lectured at New York University (to the Masters in Science Journalism students), the American Museum of Natural History, Cambridge University, the Institute of Education, Kansas State University and the Singapore Science Centre. He has given invited TEDx talks and carried out science journalism training for the British Council.

His writing has appeared in most UK national newspapers including The Times, Mail on Sunday and The Guardian. He has a hands-on approach to his craft: he was the first person to be taken down by a taser gun in the UK.

"Michael is a lively, witty speaker whose deep understanding of his specialist subjects and quick grasp of emerging science will inform and entertain any audience”
- Editor-in-Chief, New Scientist