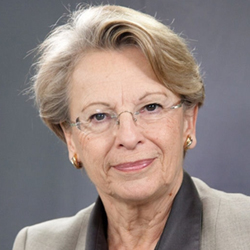 First woman in France to hold portfolios of Defence, Interior and Foreign Affairs

As a Lecturer, she taught also at the University Paris I Sorbonne but was detached for elective service. She has a Graduate Diploma in private law, political science and history of law.

As such, Michèle, popularly known as MAM, has held many and varied positions and has showed exceptional qualities in serving France. From March 1986 to May 1988, she was Secretary of State to the Minister of National Education, responsible for education, within the Government Chirac, and from March 1993 to May 1995, she served as Minister of youth and Sports, in the Balladur Government.

In 2002, she was the first woman to enter the Hotel de Brienne as Minister of defence, a position she occupied in the Governments Raffarin on the team of Dominique de Villepin, until May 2007.

After the election of Nicolas Sarkozy to the Presidency of the Republic, MAM became Minister of the Interior, of the overseas and local authorities, in the 1st François Fillon Government in 2007 until June 2009, in which she became Chancery as a Minister of State, Garde des Sceaux, Minister of Justice and freedoms, in the Fillon II Government.

In November 2010, on the occasion of the cabinet reshuffle by the head of State, MAM became Minister of State, Minister of foreign and European Affairs.

She was the first woman in the history of the Republic to take the direction of French diplomacy and the Quai d'Orsay, and the first politician to successively chain four large sovereign departments.

Michele is currently Deputy MP for Pyrénées-Atlantiques and Deputy Mayor of Saint-Jean-de-Luz, as well as Vice President of the UMP. 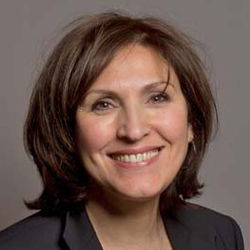 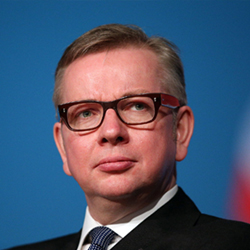 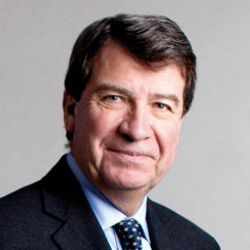 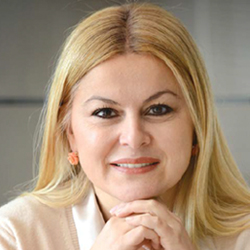