Chairman of The Kanoo Group, one of the largest and most diverse family owned group of companies in the Middle East

Mishal Kanoo is Chairman of The Kanoo Group, one of the largest and most diverse family owned group of companies in the Middle East.

The Kanoo Group has diversified interests including financial services, shipping, travel, machinery, logistics, oil & gas, ports, power, and chemicals. Mishal is the 4th generation to run the vast organisation. Today, he sits on the boards of over 15 companies ranging in sizes from US$10 million to over US$1 billion, chairing and vice chairing some while being a Director of others. Most notably, he is currently the Chairman of Freightworks, Johnson Arabia, and BRC, Vice Chair of UACC as well as his own Family Business.

Mishal has a reputation as a futurist and strategist with a strong track record of forecasting economic developments in and around the Middle East. He publicly spoke about “gold prices being overpriced and overrated” at a Gulf Business forum way before Warren Buffet talked about it. He often wrote about the Dubai property bubble when people were still buying and some time before it burst. His take on the Arab Spring was that "it is not spring, nor is it a revolution in Egypt. Just a change of face”.

Mishal holds an MBA from the University of St Thomas, Houston, Texas. He started his working career with Arthur Andersen in Dubai before joining the Kanoo Group in 1997. He is a powerful advocate of education, and believes that it allows people to take responsibility and control of their lives. He is also a Professor at the American University of Sharjah School of Business Administration and writes regularly for the regional media.

Being part of the House of Kanoo, which celebrated over 120 years as a family business, in 2010, Mishal is well aware of the business requirements for success. He is a frequent speaker at management conferences all over the world. His wide-ranging knowledge of regional business affairs and global capital markets give him a special insight into life in the Gulf region. His recent speaking engagements include Forbes’s Middle East Forum in Qatar, the World Summit of Innovation and Entrepreneurship in Dubai, and The International Herald Tribune’s CEO Roundtable in Malaysia. He also regularly speaks in Europe and the US at events where an independent Middle East view is required. Recent clients include Shell, Nestle and Proctor & Gamble. 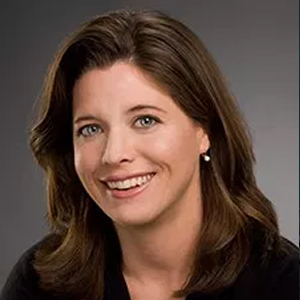