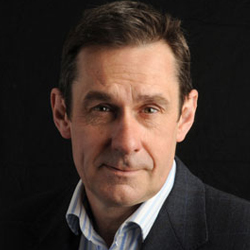 Paul Mason is a writer, broadcaster and film-maker who speaks on the areas of economics, globalisation and the future of capitalism. As Economics Editor for Channel 4 News from 2013-2015 he covered all aspects of the UK and global economy, markets, labour and commerce.

Previous to his role as Economics Editor, Paul was Channel 4’s Culture and Digital Editor examining the social, cultural and business impact of the new age of digital and online.

Between 2001 until 2013 Paul worked on BBC2’s Newsnight programme, firstly as Business & Industry Correspondent, and then as Economics Editor. Paul’s first live appearance on Newsnight was on the day of the September 11 attacks in 2001 and during his time working on the programme, he covered stories as diverse as the corporate scandals of Enron and Worldcom, Hurricane Katrina, gang violence in Liverpool, the social impact of mobile phones in Africa, and the rise of Aymara nationalism in Bolivia. In 2008 Mason appeared as the key talent in a new five-part BBC series Credit Crash Britain.

Paul has written a series of books covering contemporary economics and politics, including ‘PostCapitalism: A Guide to Our Future’(2015), in which he discusses the threat posed to capitalism by the digital revolution - its potential to reshape our notions of work, production and value; and to destroy an economy based on markets and private ownership. In ‘Why It’s Kicking Off Everywhere’, he shined a light on the new activism, from cyber-protest in the Arab Spring to the Occupy movement. In ‘Live Working Or Die Fighting: How The Working Class Went Global’, he examined the epic history of the labour movement; and in Meltdown he explored ‘the age of greed’.