Pelle Tornberg is an innovative and dynamic CEO, who has founded two profitable international media businesses with a current combined market capitalisation of US$ 4.6 billion.

These include; Metro International,the world’s largest international newspaper; Modern Times Group, Northern Europe’s (including Russia) largest broadcaster; SDI, which he founded and grew into the world’s largest subtitling and dubbing company. He is a Director of more than 10 businesses. He was profiled as one of 25 “Stars of Europe” by BusinessWeek.

Metro produces the world’s largest and fastest-growing international newspaper, published in over 100 major cities in 20 countries across Europe, North and South America and Asia. Metro has a unique global reach, attracting an audience of over 22 million daily readers. The business is listed on the Stockholm Stock Exchange.

Modern Times Group is an international entertainment broadcasting group with operations in more than 30 countries. MTG is the largest free-to-air and pay-TV operator in Scandinavia and the Baltics, the largest shareholder in Russia’s largest independent television network, and the number one commercial radio operator in the Nordic region. Viasat TV channels now reach over 90 million people in 22 countries.

Pelle is the owner of Seabay Capital, a venture capital company. Its portfolio includes; Metro US. USA’s 5th largest newspaper; www.campadre.com, Scandinavia’s leading private shopping club; Boka Direkt, the leading provider in Sweden for on-line bookings to health and beauty service providers. He is a Senior Advisor to Stella Advisors, a London based boutique investment bank focusing on the TMT sector, a Board member of Bromberg, a Scandinavian book publisher, and Senior Advisor to Ericsson AB / Business Unit Global Services.

Previous drectorships include: (1993-1998) TV4, Sweden’s first major commercial TV channel which, since its launch in 1984, has become the largest channel in Sweden; (1996-2003, 2001-2002 - Chairman) P4, Norway Norway’s leading commercial radio broadcaster; (2001-2002) Millicom, which develops and operates cellular telephone networks in emerging markets and has more than 2.8 million customers in 17 countries in Latin America, Africa and Asia. Listed in Sweden and the US; (2001-2003,2007-2010) Tele 2, Europe’s leading alternative telecom operator, with 29 million subscribers in 22 countries; (2001-2004) Media Corporation Singapore, one of Singapore’s most established broadcasters, with TV, radio, press and publishing interests. 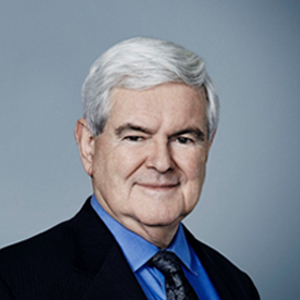