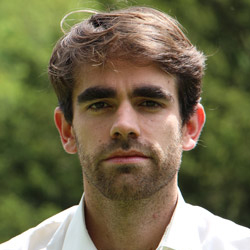 Pierre Sabatier is a French young economist, member of the Cercle Turgot and the Econoclastes, two famous economic think tanks, and editorialist in several french newspapers and TV channels.

He is Chairman and Director of Studies of the independent economic and financial research firm PrimeView, which he founded in 2008. He is specialized in the impact of demographic changes on our growing models. Agronomist engineer specialized in finance, graduated of AgroParisTech (Paris Institute of Technology for life, food and environmental sciences), Pierre Sabatier is also Chairman of AgroParisTech Alumni Association He is a lecturer in economics and finance at AgroParisTech, at Sorbonne Graduate Business School and CNAM in Paris.