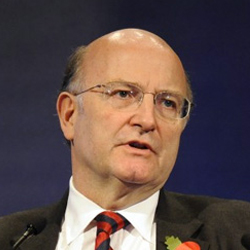 Roger Bootle is one of Europe's best-known economists and runs Capital Economics, one of the world’s largest independent economics consultancies.

Bootle was formerly Group Chief Economist at HSBC and, under the previous Conservative government, he was appointed one of the Chancellor’s panel of Independent Economic Advisers, the so-called "Wise Men". In 2012, it was announced that Bootle and a team from Capital Economics had won the Wolfson Prize, the second biggest prize in Economics after the Nobel.

Bootle has written many articles and several books on monetary economics. "The Trouble with Europe", received wide acclaimed from press and politicians alike. A revised paperback version contains new material on mass-migration, the implications of Scottish nationalism, the Greek crisis and the policy conundrums facing the ECB. It follows "The Trouble with Markets", which analyses the deep causes of the recent financial crisis and discusses the threats to capitalism arising from it. Like his previous book, "Money for Nothing", which correctly anticipated the financial crisis, it has been widely praised. It followed the success of "The Death of Inflation", which became a best-seller and was subsequently translated into nine languages. Bootle is also joint author of the book "Theory of Money", and author of "Index-Linked Gilts".

Bootle appears frequently on television and radio and is also a regular columnist for The Daily Telegraph. In The Comment Awards 2012 he was named Economics Commentator of the year. That same year he won the Wolfson prize award for finding the least disruptive way to organise the breakup of the eurozone.