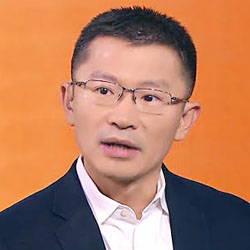 Tao Zhang is Founding Managing Director of Dao Ventures, a China-focused impact investment group with co-headquartered offices in both China and the US that primarily consist of ACBridge Global Advisors, China Impact Fund, and New Ventures Global. The various entities of Dao Ventures have so far made and/or facilitated investments of over $200 million into China’s environmental small and medium-sized enterprises (SMEs). Tao is Co-Founder and Managing Director of China Impact Fund, the chief entity under Dao Ventures, that is considered China's first impact fund that specializes in financing and accelerating SMEs providing environmentally friendly products and services as well as companies with an environmental value proposition for the country's Base of Pyramid (BoP) population, primarily those in sustainable land use, clean energy and water access.

Prior to this, Tao served as Global Chief Operating Officer of New Ventures, a center of environmental entrepreneurship housed at the World Resources Institute (WRI) that helped environmentally-focused SMEs in six key emerging markets compete in a global economy.  In this role, Tao managed New Ventures’ Global Hub in Washington, DC and its global network of six Local Centers in Brazil, China, Colombia, India, Indonesia and Mexico. During this time, he led the six Local Centers to nearly double investments into New Ventures companies to $377 million. New Ventures was later successfully transitioned out of WRI with the objective of giving all local and regional centers independence to move into their next phase of development.

Tao is also a co-founder of another Dao Ventures company called ACBridge Global Advisors (formerly ACBridge Capital Advisors), a China-US advisory firm where he and his team advise both Chinese and American SMEs on their internationalization efforts in the environmental, telecom and technology sectors.  Before this, he held senior management positions in both China and the US with a number of technology start-up and multinational companies successively.  Tao started his career working both as a journalist and a policy analyst at the Xinhua News Agency, including a stint in Brussels where he covered the European Union (EU) and advised China’s central government on EU-related commercial and economic policies.

Tao received a BA from Beijing Foreign Studies University, an MBA from Wake Forest University, and an MPA from Harvard University as a Mason Fellow.  He also completed an executive education program in private equity and venture capital at the Harvard Business School.  Tao is an avid reader, a frequent speaker, and a prolific writer when he has the time – his articles have been published and re-published extensively in leading Chinese and international media outlets including the Wall Street Journal (Chinese), Xinhua News Agency, People’s Daily and online portals such as Sina.com. Tao is a native speaker of Mandarin and has an associate degree in French.