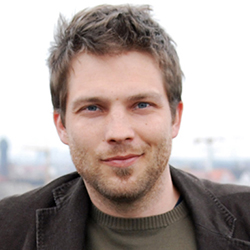 Till Behnke is the founder of betterplace.org, the German online donation platform working since 2007 with non-profit organisations supporting 10,000 projects in over 145 countries and advising companies on corporate responsibility. Till believes in digitalisation as the biggest opportunity for more equal opportunities in this world.

Just after high school, Behnke moved alone to a boarding school in Cape Town, South Africa to play professional rugby, and there confronted abject poverty for the first time. In his free time, he began volunteering with a number of local development projects, including the local chapter of Habitat for Humanity. He came back to Germany in 2000 and while studying business informatics in Berlin, he joined the recently founded, now global IT-company Paybox. Till helped see Paybox through its early growth stages, learning a great deal about operating a start-up and financial systems. When he finished university, Behnke went to work for Daimler and specialised in corporate fleet management.

In 2007 he founded betterplace.org and rather than just build another online philanthropy platform, he has developed a transparent, self-regulating online market place for small donors and small COs that is unique because of its structural architecture. betterplace.org provides radical transparency and allows users to judge the credibility of COs and make informed donation choices. The platform also puts the responsibility and the power to rally for support in the hands of COs. It has become hugely successful and in the meantime is Germany’s biggest donation platform.

From 2014 to 2015 he was Head of Milicom Foundation and in 2015 he founded the social website nebenan.de together with Christian Vollmann. Nebenan.de is a virtual market place, connecting neighbours with each other and revitalising neighbourhood.

In 2008 Behnke was elected to the Ashoka Fellowship.