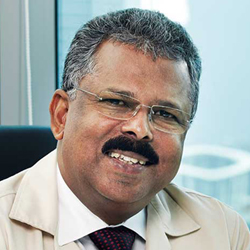 A K Nathan Elumalay, the founder of Eversendai, built the company from a modest structural steel erection company in Malaysia to one of world’s most sought after integrated steel structural turnkey contractors. From humble beginnings as a printing machine operator, to now spearheading one of the most prominent companies in the world - sheer determination, keen enthusiasm and acute attention to fine details have served as the driving power behind the development of the Eversendai Group.

Under his leadership, the company grew from strength to strength and spread its business from Malaysia to ASEAN, South Asia, the Middle East and North Africa. Some of the prominent structures built by Eversendai during its 3 decades of operations include the Petronas Twin Towers (Tower 2), Kuala Lumpur International Airport, Burj Al Arab, Burj Khalifa, Doha International Airport and Capital Gate. He was also instrumental in establishing Eversendai’s steel fabrication facilities in Rawang, Dubai, Sharjah, Doha, Ras Al-Khaimah, Trichy and Thailand, producing a combined annual capacity of over 234,000 tonnes. Today, Eversendai has a workforce of over 15,000 in 9 countries and operates out of 14 offices.

His charismatic approach to business and the construction industry has earned him many accolades. Some notable ones are the Golden Construction Award 2008 from the Trade Leaders Club in Madrid, Spain, the Malaysian Entrepreneur of the Year 2008 from Ernst & Young, the CEO of the Year Award in 2008 by CIDB and the Lifetime Achievement Award for Leadership in Construction Industry by the World Chinese Economic Forum in 2015.

A K Nathan is also a prolific speaker and is often invited to deliver speeches at various seminars, forums, universities and conferences. 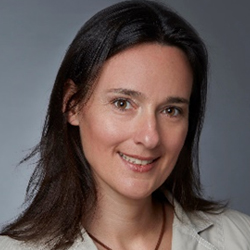