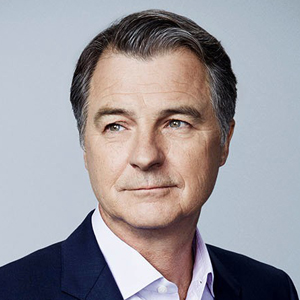 Andrew Stevens is an award-winning journalist based in Hong Kong.

As a former presenter and foreign correspondent for CNN, he has extensively covered news and business stories across the Asia-Pacific.

He has reported on many of the most significant events across the region in the last 30 years. In 2014 he was part of the CNN team covering Hong Kong's Umbrella Revolution pro-democracy movement and the mysterious disappearance of flight MH370. In 2013, he was the only western journalist on the ground in the Philippines when devastating Typhoon Haiyan struck. CNN's coverage of Haiyan won Best International News story at the prestigious Royal Television Society awards in London.

Stevens, who is originally from Australia, joined CNN in 1999 as a specialist business correspondent. He is a former print journalist who relocated from London to Hong Kong in 1993 in the lead-up to the territory's handover to China in 1997.

Prior to joining CNN Stevens was a senior correspondent for CNBC Asia and financial editor of The South China Morning Post in Hong Kong. He spent six years in London as the economics editor for the Press Association and began his career in his native Australia where he was a correspondent for the Australian Financial Review.