Co-author Age of Discovery: Navigating the Risks and Rewards of Our New Renaissance

Chris Kutarna is co-author of Age of Discovery: Navigating the Storms of Our Second Re-naissance, a best-selling, internationally acclaimed book published by Bloomsbury and St Martin’s Press in eight languages. Among other predictions, Chris publicly foresaw Brexit and the election of Donald Trump.

In late 2018, Chris launched the Renaissance Expedition: a global journey to find, con-nect, support and challenge the pathfinders who are leading society and business into the new world. The non-profit Expedition convenes invite-only “basecamps” around the world. The first, held in North America, brought together Nobel Laureates, award-winning artists and singers, billionaires, disadvantaged youth and other leaders to shake up their own paradigms and make new maps together.

He has been a two-time Governor General’s Medallist, a Commonwealth Scholar, and a Fel-low of the Oxford Martin School at Oxford University. Chris consulted with BCG in New Zea-land, Australia and China. Chris Kutarna holds a doctorate in Politics (of China) from the University of Oxford, started a business in Beijing, and speaks Mandarin.

“At a recent event launching the International Business Festival, Chris Kutarna gave a fascinating presentation on the ‘Future’. Such a broad concept would be difficult to explore over the course of several books, but Chris managed to do so in a matter of 15 minutes and in a way which was both enthralling and enlightening. I would have absolutely no hesitation in recommending Chris as a speaker and look forward to welcoming him as one of the hosts of our Festival main stage this June.”
Chairman, The Riverside Group

“I attend and speak in a lot of conferences. I can say that yours was one of the most interesting and thought-provoking keynotes that I’ve seen recently. I personally have worked on the megatrends, and the way you presented takes people out of their comfort zone.”
Executive Board Member, EDP

“Chris Kutarna was a huge hit. Our industry is very focused on the major trends you predicted and how we can better serve our customers. Thank you for your tremendous insights.”
President, Edison Electric Institute

“Chris was fantastic! We were really happy and his talk fit our conference theme perfectly.”
John West Seafood 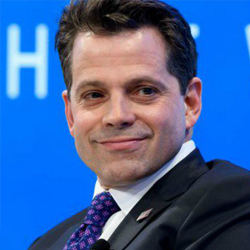