Daniel Bobroff is the founder and CEO of FashionTechinc and formerly the founder and Investment Director of ASOS Ventures, the online fashion company’s venture capital division. In over two decades of being an innovator, entrepreneur and investor he has pioneered advertising in video games, developed best-selling games, and become a leader in the world of retail and fashion technology.

Following his time with Young and Rubicam, Bobroff built Microtime to pioneer the concept of in-game advertising – starting an advertising medium that would develop into a billion-dollar market. He also established one of the first digital advertising agencies, in a time before domestic internet use, which created interactive campaigns around gaming for hundreds of brands.

Close contact to the gaming world led Bobroff to build and lead Deibus Studios, an international video game developer which became one of the top extreme sports game publishers with games on PlayStation, Xbox and Nintendo achieving sales in excess of 50 million units.

He has founded, invested in and led companies within a range of innovative technologies including virtual reality, mobile apps, e-commerce and ad-tech. At the World leading online fashion retailer ASOS, Bobroff created the company’s venture capital arm. He was charged with scouting and investing in the latest innovations within retail and fashion technology.

From wearables to 3D printing and the changing nature of consumers and the high street, almost every aspect of retail has broader implications. Bobroff considers the demand for personal, immediate, and unique experiences; how all retail businesses have become tech businesses; and the importance of a startup culture and developing a new talent category. 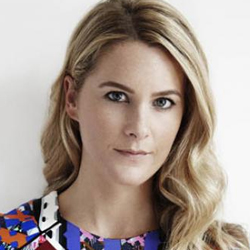