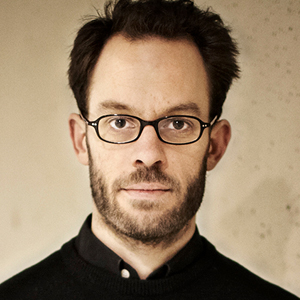 Daniel Domscheit-Berg, previously known under the pseudonym Daniel Schmitt, is a German technology and cyber specialist. He is best known for his role until 2010 as a spokesperson for whistleblower organisation WikiLeaks in Germany.

A network security expert by trade, Domscheit-Berg is a passionate advocate for transparency and freedom of speech; he cares deeply about equal access to knowledge and information in today's globalised world. Foreign Policy Magazine named him a Top 100 Global Thinker in 2011.

Daniel Domscheit-Berg, born in 1978, helped build the WikiLeaks platform from 2007-2010, and acted as its spokesperson under the pseudonym Daniel Schmitt. He quit WikiLeaks over disputes about its strategic orientation, lack of transparency and management style.

Domscheit-Berg wrote a book about his experiences called Inside WikiLeaks: My Time with Julian Assange at the World's Most Dangerous Website (2011). The book was translated into 23 languages and was an important source for the subsequent Hollywood movie "The Fifth Estate".

Today Domscheit-Berg is involved with a range of internet projects related to privacy and anonymity, furthering the decentralization of the Internet's infrastructure. He runs a small innovation lab in the Brandenburg countryside, teaches children about electronics and technology, and grows vegetables in a networked garden. In 2015, he will be working on bringing the open fiber broadband revolution to Germany.