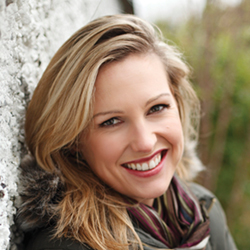 Domini trained as a chef at Leith’s in London, before co-writing New Irish Cooking and working in the Michelin-starred Peacock Alley, Dublin.

In 1999, the Kemp sisters opened the first hugely popular itsa bagel on Abbey Street, which has since been re-located to Arnotts. There are now seven branches of the itsa stores and three itsa cafes: itsa @ IMMA, a modern canteen styles café in the Irish Museum of Modern Art and itsa at the Hugh Lane gallery as well as The Tea Rooms in Dublin Castle. They also run the casual dining eatery, Table Restaurant in Brown Thomas.

The sisters have expanded into other areas, including outdoor catering and event management (FEAST catering). They are resident wedding and corporate caterers in Powerscourt House, Co. Wicklow.

They have also recently collaborated on a new food venture, “Hatch & Sons Irish Kitchen” which is located in The Little Museum of Dublin and specializing in casual, Irish artisan fare.

Domini is food-writer for The Irish Times Saturday Magazine and last year published her third cookbook, “Domini at Home, How I like to cook”.

The sisters won the IMAGE “Businesswoman of the Year” award, November 2009 and were nominated as one of the finalists for the Ernst & Young Entrepreneur of the Year award, in 2011.