Elle Macpherson is a prominent figure in business, fashion, film and television. She oversees one of the most well-known, and expanding, brand names in apparel and women's fashion. She is also the mother of two sons and an ambassador for three global charitable organisations. Elle is perhaps best known for her record five cover appearances for the Sports Illustrated Swimsuit Issue beginning in the 1980s. She is also known as the founder of a series of business ventures including Elle Macpherson Intimates, a lingerie line, and "The Body", a line of skin care products.

Elle Macpherson, together with Linda Evangelista, Christy Turlington, Naomi Campbell, Pavlína Poøízková and Cindy Crawford, Elle became part of the new generation of supermodels in the 1980's.  In 1994, she left her agency, Ford Models, to work more lucratively for her own company, Elle Macpherson Inc. Elle went on to produce her own highly popular series of calendars, each of which was accompanied by a "making of" television program in 1992, 1993, and 1994. She used this success as a springboard to create the "Your Personal Best The Body" series of workout videos.

Elle Macpherson later diversified her portfolio of businesses, and in 1990 launched her lingerie collection 'Elle Macpherson Intimates'. Intimates met with remarkable international success, becoming the single best-selling lingerie line in both the UK and Australia. Breaking the mould of many models, Elle took an active role in the development and management of the company, serving as Chief Marketing Officer and later Creative Director. While nursing her second child, she spearheaded the development of a signature maternity bra line. Intimates has retained a high brand recognition into the 2000s, appearing as a featured brand on America's Next Top Model.

More recently, Elle Macpherson created her own label of beauty products: "Elle Macpherson The Body". She has also launched or served as spokesmodel for campaigns by Boots, Invisible Zinc, and Hot Tuna. In 2008, Elle signed a three-year spokesperson deal with Revlon cosmetics. She has since been featured in print and advertising campaigns for that company. She also expanded her underwear line by creating a new Lingerie Collection baptised 'Obisidion' which launched in 2010

The BBC TV series The Money Programme aired a documentary which followed Elle through her day-to-day business as she continued to develop her international lingerie business, and in 2010, she became the host and executive producer of TV's Britain's Next Top Model.

Elle Macpherson is a hugely successful businesswoman and talks with charm and wit about her life, business and motivation. 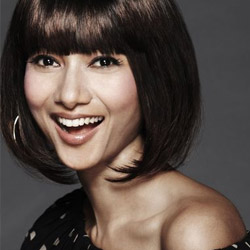 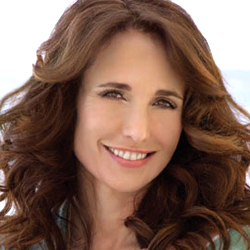 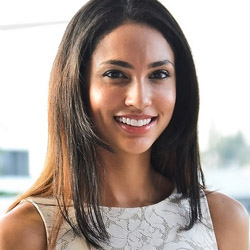