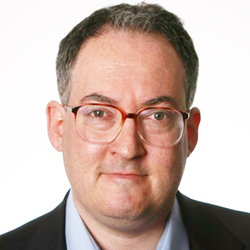 At the FT, Rachman writes a weekly column on international politics as well as feature articles and has reported for the FT from all over the world. Before joining the FT in 2006, he worked for The Economist for 15 years in a range of jobs, including as a foreign correspondent in Brussels, Bangkok and Washington and as business editor.

His book Zero-Sum World, about the future of international relations was published in the UK in late 2010. The New York Times called it “perhaps the best one-volume account now available of the huge post-communist spread of personal freedom and economic prosperity.”

Rachman was named as foreign-affairs commentator of the year in the UK Comment Awards for 2010. His columns continue to cover a wide range of global issues from the economics and politics of the euro-crisis, to US foreign policy and the rise of China.