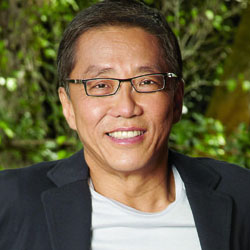 Ho Kwon Ping is Executive Chairman of Banyan Tree Holdings, which owns both listed and private companies engaged in the development, ownership and operation of hotels, resorts, spas, residential homes, retail galleries and other lifestyle activities around the world.

Born in 1952, Ho Kwon Ping was educated in Tunghai University, Taiwan; Stanford University, California and the University of Singapore. He worked as a broadcast and financial journalist and was the Economics Editor of the Far Eastern Economic Review. He joined the family business in 1981. In 1994, after the success of rehabilitating an abandoned tin mine into Laguna Phuket, Asia’s first integrated resort, he launched Banyan Tree Hotels and Resorts. Banyan Tree manages more than 38 hotels and resorts, over 70 spas and 80 retail galleries, as well as three golf courses.

In May 2000, Mr. Ho was conferred an honorary doctorate by Johnson & Wales University, and later received the London Business School 2005 Entrepreneurship Award. In 2008, he was named CEO of the Year at the Singapore Corporate Awards. In 2009, he was the recipient of the Hospitality Lifetime Achievement Award at the China Hotel Investment Summit in Shanghai.  As Chairman of Singapore Management University (SMU), Mr. Ho was awarded the Singapore Government’s Meritorious Service Medal for his contribution in the founding of SMU.

In 2010, he became the first Asian to receive the ACA (American Creativity Association) Lifetime Achievement Award in recognition of his creativity and innovation in various spheres of endeavour. In 2012, Mr. Ho was awarded with CNBC's Travel Business Leader Award Asia Pacific 2012, in addition to being named to the board of Diageo, a British multinational. In 2015, he published his first book The Ocean in a Drop a part-autobiography and part-lecture under the IPS-Lecture Series by Sixth President of Republic of Singapore Mr S R Nathan and was also conferred the Honorary Degree of Doctor of Business Administration by Hong Kong PolyU. 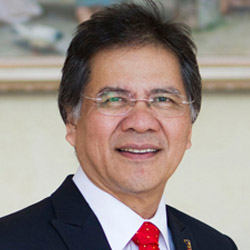