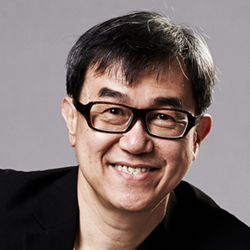 Jack received the Schwab Foundation award for Social Entrepreneur of the Year in 2001 for 'creating good will and brining the subject into the open' and 'mobilizing national support in providing on-the-ground expertise'. In 2007, he became one of the key members to convene the Sustainable Sanitation Alliance that consists of 260 partner organizations globally that shares a common goal towards achieving sustainable sanitation. Jack is an Ashoka Global Fellow and was named by Time magazine as one of its Heroes of the Environment in 2008.

Jack Sim grew up in slums of 1950s Singapore, and successfully started a series of profitable businesses between the age of 24 to 40, despite not having any university qualification. Since achieving financial independence at 40 years old, Jack has decided to devote his life to social work. Now Jack holds a Master of Public Administration from the Lee Kuan Yew School of Public Policy,  In 2016, Jack also graduated from the Singularity University under the Global Solutions Program.