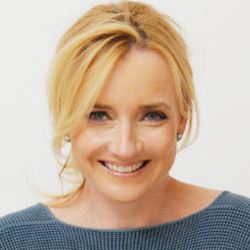 Among the leading champions for entrepreneurship in Europe, founder and CEO of Ariadne Capital, and Dragon on BBCs Dragons’ Den Online

A respected expert in investment in digital, high-growth and early stage businesses, Meyer has driven many important initiatives for creating wealth and growth in the European economy, and backed some of the most explosive growth companies of this era. A business adviser, networking expert, broadcaster and business commentator, she is also one of the two dragons on the BBC’s Dragon’s Den on-line, a regular columnist for the business paper City A.M. and regularly contributes to The Daily Telegraph’s business pages.

Meyer is a leading investor and entrepreneur in digital, high-growth, early stage businesses around the world. She has driven many continent-wide initiatives for creating wealth and growth in the European economy. She founded First Tuesday (1998), the network of entrepreneurs which many credit for igniting the internet generation in Europe. First Tuesday was sold in 2000 for $50 million after which she founded Ariadne Capital, the investment and advisory company whose “Entrepreneurs Backing Entrepreneurs” model has led to a number of major wins over the years.

She launched the Ariadne Capital Entrepreneurs Fund in 2009, which is a £20 million seed fund investing in UK-based entrepreneurs who have the potential to become “game-changers”. Ariadne Capital has backed explosive growth companies in its first 13 years: Espotting (now MIVA), Skype, Monitise, SpinVox, Zopa, BeatThatQuote (sold to Google), and SoundOut.

At Ariadne Capital, Meyer has also led investments and/or transactions with Medikidz, Kashya (sold to EMC), Quill, Taggstar, SliceThePie, Bview, Qire, NearGlobal, Momail, and EGS. She has been personally involved with the development of all these companies, and uses her experience in this evolving market to enthuse, encourage, caution and engage the entrepreneurs and leading business people of today.

Meyer has been awarded an MBE (Member of the British Empire) by the British Government for Services to Entrepreneurship. She has been named one of INSEAD’s Top 50 Alumni, Ernst & Young Entrepreneur of the Year, World Economic Forum Global Leader of Tomorrow, one of the TIME Magazine Digital 50, one of WIRED’s 100, one of London’s 1000 Most Influential People 2010 & 2011 (Evening Standard), one of the Top 30 Most Influential Women in Europe by the Wall Street Journal, Europe, and one of Brummell Magazine’s 30 Inspirational Women 2014. She is on the Board of Directors of Vestergaard Frandsen, a for-profit humanitarian development firm, and INSEAD, her former business school, which named her one of their 50 Alumni Who Changed the World. The University of Warwick gave her an Honorary Doctorate of Laws in 2014.

She speaks worldwide on the nature of leadership in the Feminine Age and is on the board of Directors at Vestergaard Frandsen, INSEAD (her business school) and Medikidz, which educates children about health problems through child-friendly media. Her first book ‘Welcome to Entrepreneur Country’ was published in June 2012, and won several awards, receiving positive reviews. 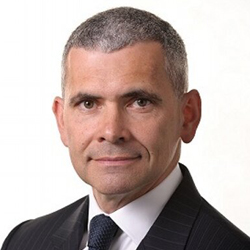 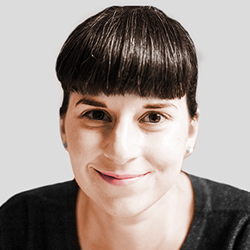